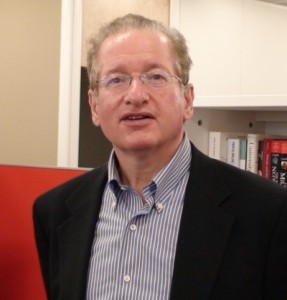 Professor Etzkowitz is a scholar of international reputation in innovation studies as the originator of the ‘Entrepreneurial University’ and ‘Triple Helix’ concepts that link university with industry and government at national and regional levels. As President of the Triple Helix Association, he is at the centre of a unique international network of several hundred scholars and practitioners of university-industry-government relations. Henry is also the co-founder of the Triple Helix International Conference Series, which has produced a series of books, special journal issues and policy analyses since it started in Amsterdam, 1996.

Prior to coming to Stanford, he held the Chair in Management of Innovation, Creativity and Enterprise at Newcastle University Business School, UK and served as Visiting Professor in the Department of Technology and Society, School of Engineering and Applied Sciences, Stony Brook University, US. He has developed several innovative concepts for university-industry-government  linkages together with colleagues in the Triple Helix Research Group at Newcastle University Business School, including: (i) the ‘Professors of Practice’ (half-time dual positions in high-tech firm and academia held by high-tech entrepreneurs with academic backgrounds and research interests), implemented with the support of the Regional Development Agency One Northeast as a signature feature of Newcastle Science City; and (ii) the ‘Novum Trivium’, a undergraduate degree program proposed as a contribution to the Bologna process, which combines a specialized academic field (e.g. science, arts, engineering, etc.), with training in entrepreneurship and innovation and a foreign language and culture.

Professor Etzkowitz is the author of Triple Helix: University, Industry Government Innovation in Action(Routledge, 2008), MIT and the Rise of Entrepreneurial Science (Routledge, 2002) and co-author of Athena Unbound: The Advancement of Women in Science and Technology (Cambridge University Press, 2000), Public Venture Capital (Harcourt, 2000), and Universities and the Commercialization of Knowledge: New Dimensions for the 21st Century (Cambridge University Press, In Press). Recently he co-edited The Capitalization of Knowledge: A Triple Helix of University-Industry-Government (Edward Elgar, 2010) (with Riccardo Viale). He publishes regularly in Research Policy, Science and Public Policy, R&D Management, European Planning Studies and Minerva. 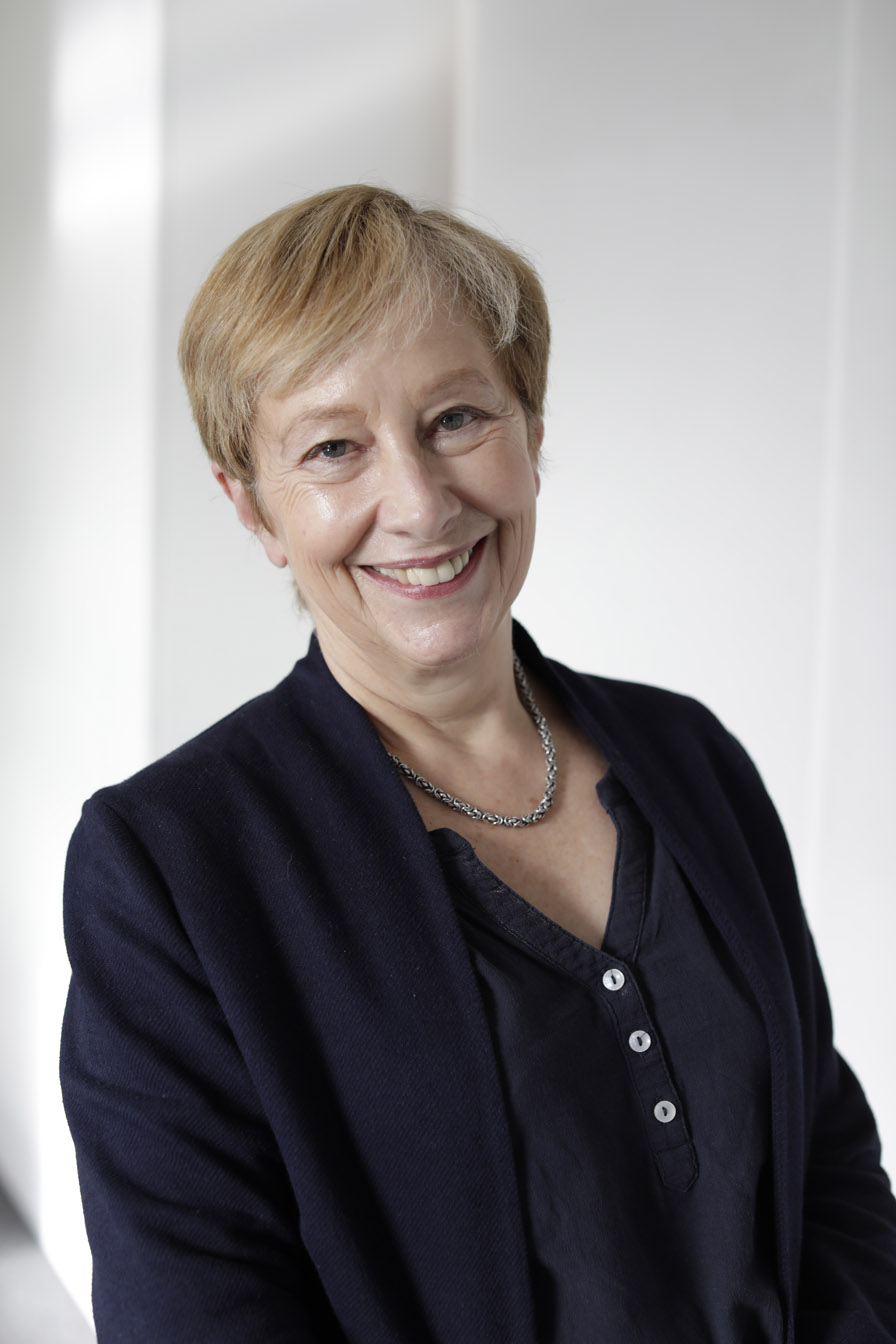 Joanna is Professor of Science and Technology at University College London (UCL).  She is Head of the innovative Department of Science, Technology, Engineering and Public Policy (STEaPP) based in the Engineering Faculty.   She is an Honorary Professor at the University of Sussex and the Open University.  For many years she was Vice-President of the Globelics network and Member of Globelics Scientific Board.  She is BBSRC nominated member of the Academia.Net database of Outstanding Female Academics.

Previously, Joanna was Deputy Director of the Science Policy Research Unit and Professor of Science and Technology Policy at the University of Sussex. She has also served as a Director at RAND Europe where she led the Health, Innovation and Science (IHS) research group.  As group leader, Joanna oversaw and led over 30 projects related science and innovation policy working closely with a wide range of UK and international public and private institutions and organisations who commissioned the research. When she was a Professor of Biotechnology and Development at the Open University, she co-directed the ESRC Innogen Centre for research in life sciences.

Her publications reflect the range of her work on STI policy and research evaluation in high, middle- and low-income contexts and include work published in Research Policy, Nature, Technology Assessment and Strategic Change, Evaluation and Technological Forecasting and Strategic Change.  She has also authored numerous policy reports. 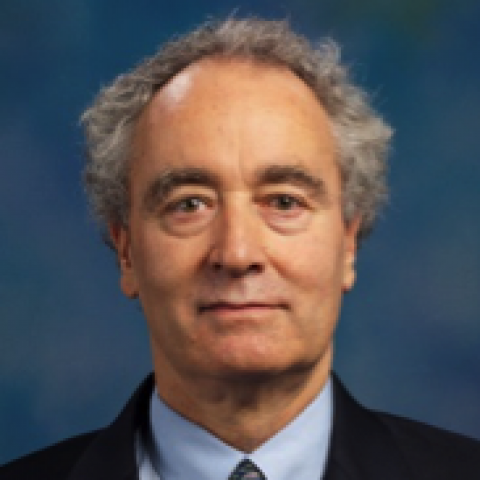 Distinguished Professor of Community and Regional Development at the University of California, Davis Senior Project Director at the Berkeley Roundtable on the International Economy

Martin Kenney is a Distinguished Professor of Community and Regional Development at the University of California, Davis and a Co-Director at the Berkeley Roundtable on the International Economy. He is a Senior Fellow at the Research Institute for the Finnish Economy. Starting in 2017, was named an Affiliated Professor at the Instituto di Management at Scuola Superiore Sant’Anna. He was the Arthur Andersen Distinguished Visitor at the University of Cambridge and have been a visiting scholar at the Copenhagen Business School, Hitotsubashi, Kobe, Stanford, Tokyo Universities, and UC San Diego. In 2015, he received the University of California Office of the President’s Award for Outstanding Faculty Leadership for Presidential Initiatives in Entrepreneurship and Innovation.

His scholarly interests are in understanding the interplay between technology, academic institutions, finance, and competition in capitalist economies and how these dynamics affect people and places. His most recent work is on the impact of digital platform firms on the organization of capitalist economies. His Ph.D. dissertation was on how the commercialization of university-pioneered new biotechnologies affected university-industry relations, gave rise to the venture capital-backed biotechnology startup, and resulted in the reorganization of the drug development pipeline. This culminated in his first book Biotechnology: The University-Industrial Complex (Yale 1986). Upon receiving his Ph.D.,he moved to Ohio State University, where he worked on two major projects. The first was exploring how the Japanese auto industry so successfully transplanted their operations from Japan to the United States. This culminated in the co-authored book Beyond Mass Production (Oxford 1993). The second project was motivated by his deep interest in venture capital and its uncanny success in funding new industries that transform everyday life. This resulted in the co-authored book Breakthrough Illusion (Basic Books 1990). Breakthrough Illusionargued that as Silicon Valley developed new technologies it became separated from the manufacturing industries of the Midwest, which were already experiencing a significant decline. Influenced by his interest in Joseph Schumpeter’s work on how innovation in capitalist economies creates new economic spaces and his appointment at the University of California, Davis, his research shifted to high-technology electronics and information industries and, in particular, Silicon Valley’s role in driving these forward. In pursuing this research, he edited or co-edited the followingbooks: Understanding Silicon Valley (Stanford 2000), Locating Global Advantage (Stanford 2004), Public Universities and Regional Growth (Stanford 2015 translated into Chinese for Tsinghua University Press), and China’s Innovation Challenge (Cambridge 2016 translated into Chinese for Beijing University Press). In addition to these books, he has published approximately 170 scholarly articles and given more than 500 talks globally.

He is a receiving editor at the world’s premier innovation research journal, Research Policy, and edits a Stanford University book series on innovation and technology.  His research has been funded by the National Science, Kauffman, Sloan, and Matsushita Foundations, among others. His research has attracted significant public interest and he is frequently quoted in the national and international press on innovation- and technology-related issues. 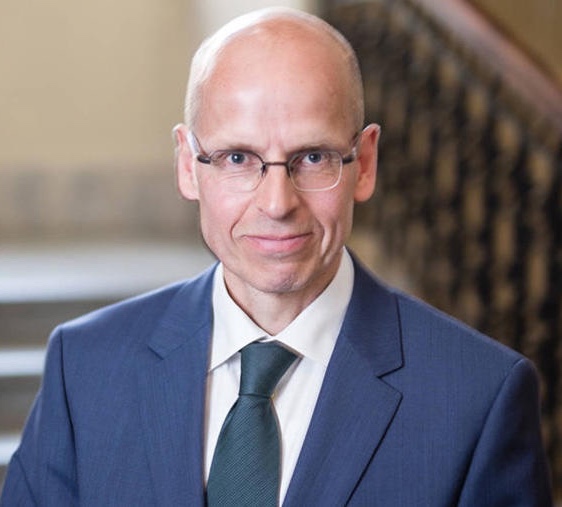 Permanent Secretary, Ministry of Finance (Finland); professor of practice at the Helsinki Graduate School of Economics

From 2013, Permanent Secretary Martti Hetemäki has directed the work of the Ministry of Finance of Finland. Dr. Hetemäki has had a noteworthy career in the service of the Ministry. Before being appointed as permanent secretary, he served as an under-secretary and, prior to that, as director general of the Economics Department, among other positions Hetemäki is also the chair of the Board of Sitra, the Finnish Innovation Fund.

Panel discussion: Innovation policy in Finland – Challenges of the past, possibilities of the future 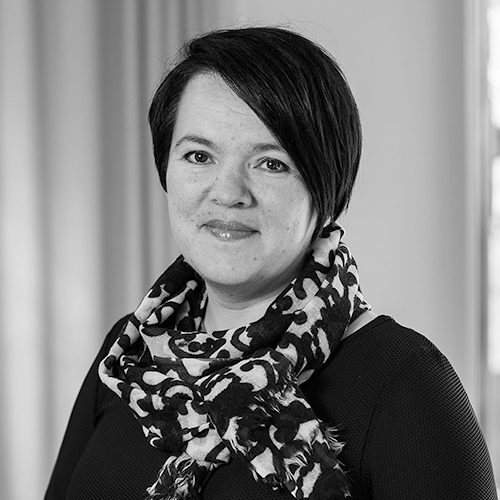 Ilona Lundström, Doctor of Administrative Sciences, is the Director General of the Enterprise and Innovation Department at the Ministry of Employment and the Economy. Lundström’s merits include experience of leadership at Tekes (the Finnish Funding Agency for Innovation), scientific educational background, knowledge of the industrial, innovation and research policies and funding, as well as existing national and international networks. Ms. Lundström is using her innovation and research funding expertise to help innovative Finnish companies conquer the world. 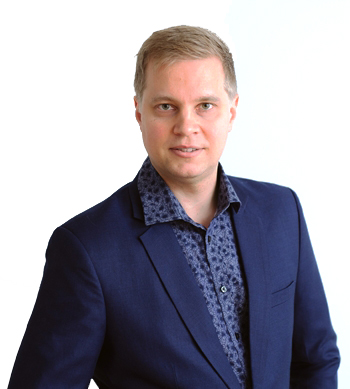 Mikko Möttönen started in 1999 as an undergraduate physics student in the then Helsinki University of Technology (TKK). With major in Materials Physics and minor in Mathematics, Mikko obtained his MSc in 2002 and PhD in 2005 from TKK. Subsequently, Mikko spent postdoctoral research periods at University of California, Berkeley, USA (2005) and University of New South Wales, Sydney, Australia (2008-2009). In 2007, Mikko became a Docent in Quantum Computing and the leader of the Quantum Computing and Devices (QCD) group in the Academy of Finland Center of Excellence in Computational Nanoscience (COMP) at TKK. Since 2005, Mikko has also been working with Prof. Jukka Pekola on low-temperature nanoelectronics, and in the beginning of 2012, Mikko begun his European Research Council (ERC) Starting Independent Researcher Grant on this topic. With the help of this grant, he established QCD Labs that presently hosts four millikelvin cryostats and microwave measurement equipment at Aalto University, Finland. In 2014, Mikko’s QCD group and the group of Prof. David Hall at Amherst College published their work on the discovery of Dirac magnetic monopoles in a synthetic magnetic field of an atomic Bose-Einstein condensate. A year later, these discoveries were complemented by the observations of isolated quantum mechanical monopoles. In 2015, Mikko was appointed to a part-time Research Professorship in Quantum Computing at the University of Jyväskylä and to a full-time permanent staff position at Aalto University. He also wrote nine science columns to the main national newspaper Helsingin Sanomat. In 2019, Mikko was appointed to his present post as an Associate Professor (tenured) of Quantum Technology shared between Aalto University and VTT Technical Research Centre of Finland. He also founded a quantum-computer company IQM as a spinout from his research. Presently, Mikko’s QCD Labs focuses on integrating engineered normal-metal reservoirs into quantum-mechanically behaving electronic devices such as superconducting qubits. This is the topic of Mikko’s ERC Consolidator Grant which started in 2017.