On Monday October 28, 2019 there will be a tutorial in the afternoon, 1 pm to 5 pm. There is a separate fee to attend it. The topic of the tutorial is Ultra-Low Power ICs for IoT devices and sensor nodes.

The possibility to exploit the digital (automated) design flow even for analog building blocks can dramatically reduce the design effort of any system-on-chip that face with analog signal. Since data processing is digital but most signals from the real-world are analog, almost any electronics device that interface with the surrounding environment will benefit from the outcomes of this investigation.

This approach leads to IC designs which are natively portable across technology nodes (e.g. from 40nm to 28nm) and highly reconfigurable, thus enabling dynamic energy-quality scaling, which is critical in tightly energy constrained IoT application scenarios, as well as a low design effort and a fast time-to-market. 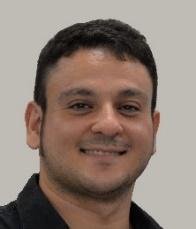